Skip to content
November 15, 2012April 5, 2015 | Erika Schnatz
Last fall I created a series of illustrations so I could throw together a stop-motion-y video for a Southwest Airlines competition to win 30 million rewards points to fly wherever I wanted. I love to travel and thought I threw together a fairly convincing and creative presentation as to why my broke AmeriCorps butt should be able to jet across the country on a whim, but they didn’t pick my video. (You can still make things right, Southwest!!!)

I was pretty bummed that I did all that work for nada, but you all can view some of the pieces I created. Maybe I’ll try to throw the video up on YouTube or Vimeo or one of those places. I wrote a children’s book-esque script to go along with the video and narrated it myself and used iMovie to edit it all together because I have lost whatever Final Cut abilities I gained in college.

I’ll shut up and show the pictures.

That’s supposed to be me. Broke and living in Portland, Oregon. BUT HAPPY!

Then I discussed driving across the country in my tiny little car to serve in AmeriCorps because I am an amazing, selfless person.

This is a really weird combination of images: Cleveland’s Rock & Roll Hall of Fame and a geyser (Old Faithful if you’d like) from Yellowstone, because I saw both of those things on my drive across the country. It’s kind of surreal and I really like how it turned out even though it makes no sense without explanation.

Hey, look! I don’t have enough money to fly anywhere and go on tropical vacations.
Like 99% of Americans.

I explained the awesome things I would do if I was able to fly all over the country for free.
You may notice that I love alliteration. 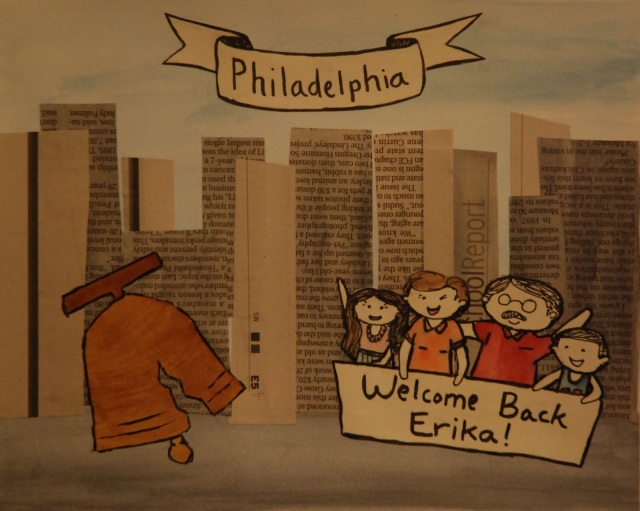 I tried to tug at the heartstrings of the soulless marketing folks who didn’t choose my video. I talked about going back to Philadelphia to visit my family because I missed them very much. That’s a pretty accurate representation of my Pops. 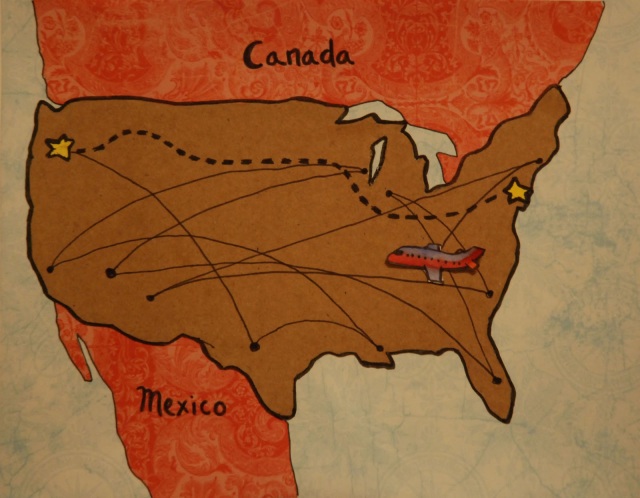 Then I did a little stop motion bit of the ridiculous amount of flights I would be able to take with all those reward points. I even made the airplane look like a Southwest plane. Because I have a crazy awesome eye for detail!!! 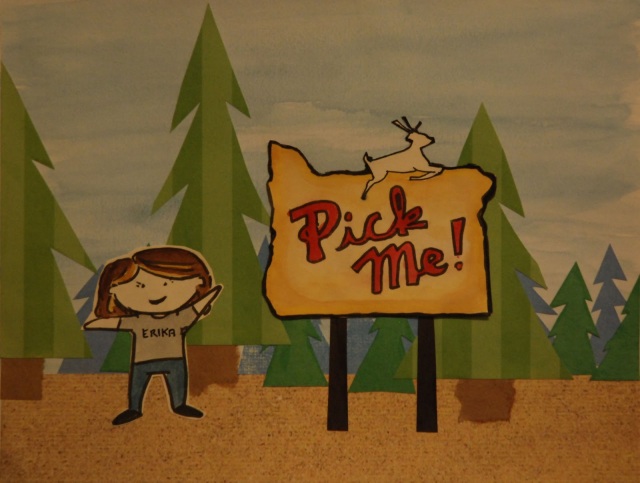 Then I cleverly brought it full circle by using the first image, but I changed the words on the sign! Brain-explosion-inducing, I know.

So those are some pictures. I made them with patterned paper, markers, watercolors, and Mod Podge.